Know why Andharban is banned without permission

Andharban, which means ‘the dark forest’, is a 13-kilometer jungle stretch Nestled amid in the Tamhini ghat. Naturally, it is a popular destination for adventure enthusiasts and during monsoon, several tour operators organize treks to the Andharban ghat. Although it is one of the beautiful and fascinating treks, and Adventure comes with some unforeseen risks and incidents, Andharban has been in the news for the wrong reasons a couple of years ago.

According to Raigad and Navi Mumbai police, there has been several incidents and accidents taking place in Andharban, Tamhini Ghat, and Devkhund waterfalls area since the beginning of monsoon. And since then 16 people have died and over 50 others have been hurt in various waterfalls and trekking routes here.

In June 2017, it was reported by the Raigad police that 55 students were stranded between the streams of Kundalika River and it took six hours of a rescue operation to rescue everyone.

And in the same year July, two trekkers from Pune in two different incidents were found dead after they went missing for 24 hours in the forest; One was a college student separated from his group of trekkers and one was an Army officer went missing near Dabdaba waterfalls near Devkhund waterfalls from his trekking group.

After 24-hour rescue operation near Devkhund waterfalls in Raigad conducted by a rescue team from National disaster response force (NDRF) found two dead bodies of the trekkers from Pune who went missing. While one body was recovered after searching underwater for 11 hours, the other was found by the other team 15 km away from the spot. It is said that both of them drowned with a lot of injury marks found on the body.

The local administration thus asked the local police to impose section 144 – which prohibits the assembly of more than 4 people in an area from till September that year – 2017. 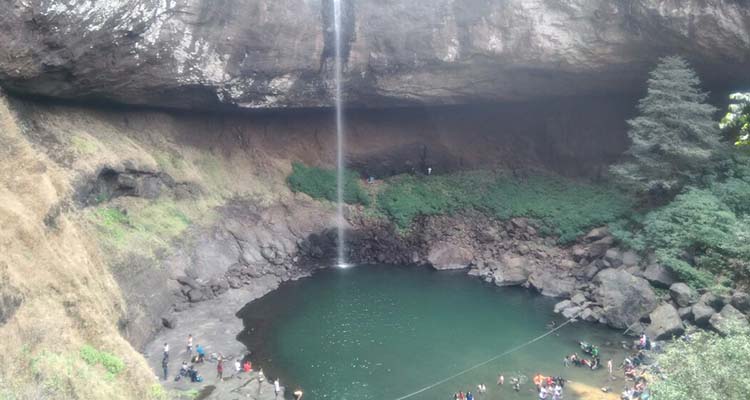 Pune forest department bans the entry to Tamhini, Andharban, and Sudhagarh, aiming to protect the biodiversity of the Western Ghats from irregular tourism. According to the forest department, the region is home to over 25 species of mammals, leopard and barking deer; over 150 species of birds and 70 species of butterflies.  It is said that the forest department was taking strict measures in implementing the ban as this region comes under the eco-sensitive area and a strict patrolling being done by them. If anyone is caught breaking the law, they will face strict action as it will be a non-bailable offense.

A number of people welcomed this ban such as biologists and environmentalist, as putting restrictions in the Western Ghats was necessary. And this will put a restriction on the commercialization of Sahyadri ranges.

Although the ban was imposed by the forest department, it was soon revoked with few conditions. And as per these new rules, those who want to enter the protected area will now have to take permission via email. The email should consist of information on Trekking group Name, Age and Sex of every one of them entering the area. There will an entry ticket in advance and only then the permission will be granted.

It was also discussed that entry will be limited to 200 visitors per day, exceeding which, the applications will be rejected or given next day’s slot. The forest department has planned on developing an app for entry permission, where the tourists can register their entries on first come first serve basis. 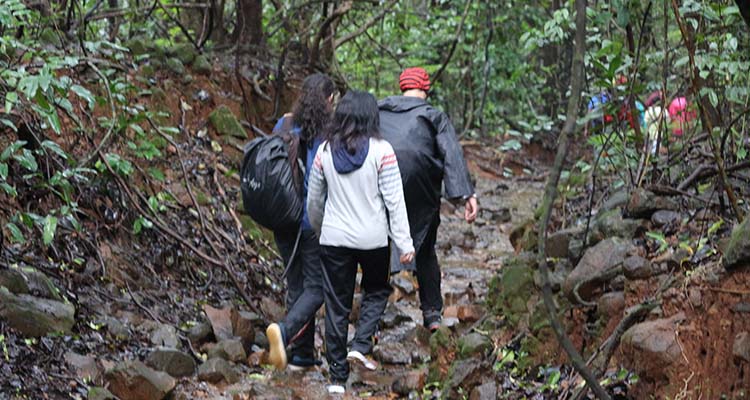 No permission is required to do the trek. However, there is an entry ticket that has been implemented.

Andharban opens throughout the year; at the start point of the trek which is about 200 meters from Pimpri village, trekkers need to pay INR 50 per person before embarking on the trek. It is required to take a guide along with you to this trek as the path is familiar to the guides and it is helpful for your safe return from the trek.