Naldurg is one of the biggest Land forts of Maharashtra reflecting Indo- Islamic architectural style. The fort wall is supposedly 3 km long and has several bastions.  Naldurg is named after a medieval king Nalaraja, built during the time of the Chalukyas of Kalyani. Later on, it has been passed or captured by many rulers from Bahamani sultanates to Adilshahi and then it went to the hands of Mughals. After the decline of Mughals, Nizams captured the fort and flourished in the region. It is also said that the infamous marriage of Chand bibi sultana occurred in the Rang Mahal of Naldurg fort. This wedding occurred between two kingdoms namely AdilShahi and NizamShahi.

Zenith Waterfall is in Khopoli Maharashtra is a popular waterfall in Raigad district of Maharashtra. Located at a distance of 73 km from Mumbai and 81 km from Pune, this waterfall attracts people from the two major cities of Maharashtra during the Monsoon season. Every year when the rains start pouring, tourists from both the cities flock to Zenith waterfall to spend their day at this beautiful creation of Mother Nature. This seasonal waterfall is surrounded by scenic landscapes and lush green everywhere. 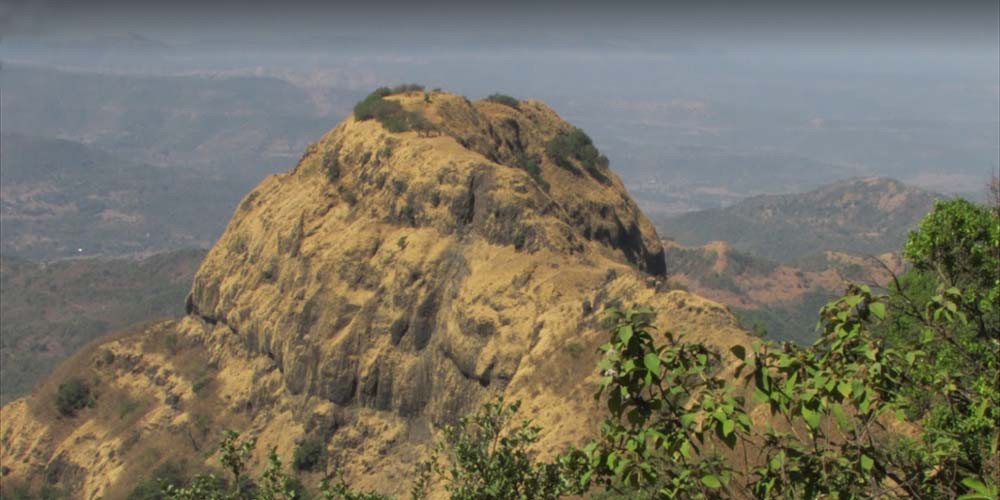 Jungli Jaigad fort is an offbeat destination situated in Satara. It is nestled in the deep forest situated at an elevation of 2957 ft above sea level. Fort is located beautifully in thick jungle belonging to Koyna wildlife sanctuary, displaying breathtaking views and natural surroundings; due to which, you would see various birds and wild animals. Don’t be surprised if you spot any wild animal on your trek to Jungli Jaigad Fort. Especially beware snakes and scorpion.

If you love to drive and are looking for long drive places for a road trip over the weekend from Pune, you have been lucky. We have come up with a list of places that are great for a long drive from Pune. Pune is blessed with majestic Sahyadris on one side and a beautiful plateau on the other; give plenty of options from beaches to hills and lakes.

Konkan coast is one of the most scenic regions between the Western Ghats and the Arabian Sea. And the best of monsoon in Konkan is the cascading waterfalls. There are some small and big waterfalls in Konkan alluring tourists from all over the country; especially during the monsoons when you witness a number of waterfalls cascading down that the mountain.

This beautiful hill stations fascinatingly a patch under the foothills of Sahyadri ranges within a spitting distance from a Mumbai, making it the closest hill station for a perfect getaway from the routine. Being one of the popular hill stations amongst the tourists, for obvious reason, Matheran has banned vehicles to enter the town making it an eco-friendly hill town.  It is situated at the elevation of 2600 ft above sea level. It is one of the few places you get to breathe in a pollution-free air and feel a cold breeze on the face.

Monsoon is here!! And Sahyadri ranges have some of the best Monsoon trekking destinations to adventure lovers delight. Monsoon treks here takes you into rough terrains, gentle slopes, forts and hills varying from easy to challenging levels of difficulty.

After the Summer, every Mumbaikar search for natural water flow and who will miss the most beautiful waterfalls around Mumbai to beat the heat. I have seen crowd in thousands getting down from the train on weekends at Bhivpuri & karjat station just to visit waterfalls and enjoy the rainy season amidst nature. Here you go with the list of waterfalls near Mumbai.

There are many waterfalls near Pune to enjoy as one day picnic destinations. Every IT guy in Pune is reaching out one or other waterfall nearby Pune. Here is the sorted list for your reference which you can keep handy or share with your friends to plan your next weekend destinations.

One can visit these waterfalls on weekend