September 10, 2019 by smallstepsadventures No Comments

During the medieval ages, the coastal line of Maharashtra was a bustling port with busy traders and traveler. It also had to face to huge treat from the enemies; hence it needed a supreme defense fortification to counter the attacks. And Maharashtra has some fascinating forts that have huge historical importance. We have curated a list of sea forts some in ruins; some have secret tunnels and marvelous architecture.

Sindhudurg is one of the oldest forts built by Shivaji Maharaj is an imposing fortification on Malvan coast. It is situated 500 m off the shore of Malvan beach. It looks like it is floating on the blue waters from the beach. It has only one entrance which is not easily found. It is also the only place which has a temple dedicated to Shivaji Maharaj, built by his some Rajaram. There are ferries available from the malvan beach to the fort. This fort is popular amongst the tourists because snorkeling and scuba diving opportunities are available here. 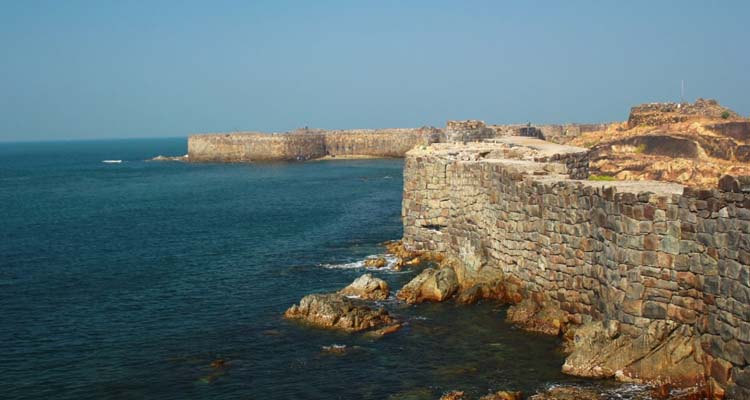 Kolaba fort also known as Alibaug fort is a beautiful construction on the Konkan coast of Maharashtra. Built-in the year 1652, the fort is one of the popular tourist destination and a protected monument just 2 km from Alibaug beach. One of the fascinating things about this fort is that despite it being constructed on the sea, it has freshwater well inside the fort. There are several temples within the fort dedicated to Lod Ganesh, Mahishasura and Goddess Padmavati. Kolaba fort can be reached by foot during the low tide and a ferry during the high tide. 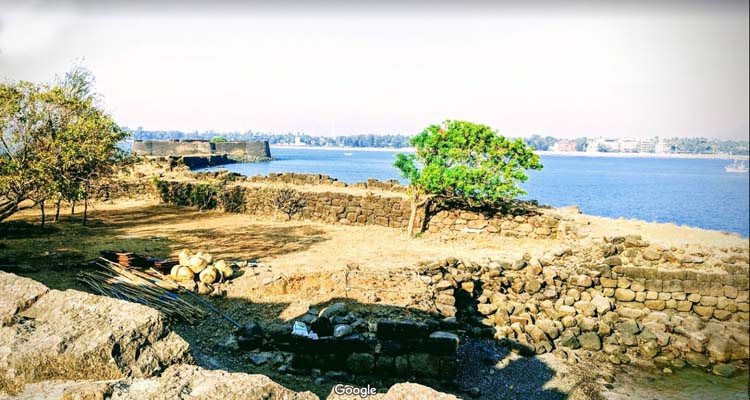 Janjira Jal-durg is one of the most frequented forts of Maharashtra is located in a small town of Murud. Built-in 17th century, this fort is surrounded by water on all the sides. Hence it is also called as Island fort. This strong fortification has stood the test of time. It has been attacked several times, yet had been impenetrable. It was said that the fort had 500 canons and only a few are left in the fort now. Inside the fort, you will come across several water tanks, tombs, and sculptures. Of which, six elephants at the gate is a popular and a beautiful one. There are ferries available from Rajpuri village to reach the fort. However, during the monsoons, this service is not available. 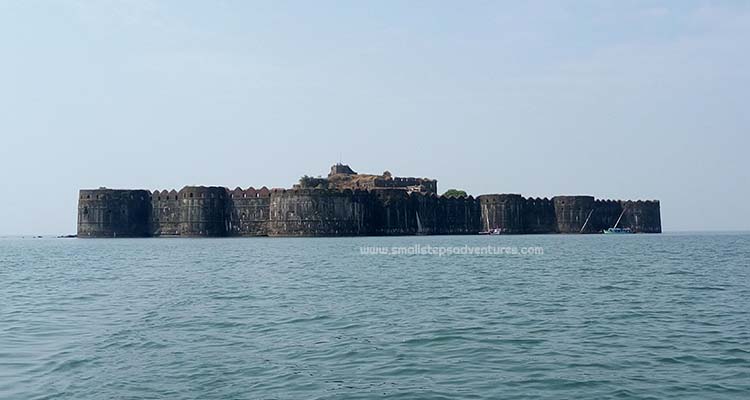 Suvarnadurg literally means ‘Golden fort’ was built in the 17th century by Bijapur kings. But it was captured later on by Shivaji Maharaj. Located on a small island at Harnai port on the Western coast of Maharashtra, this island port served for dense purpose. The fort also includes another land fort on the coast known as Kanakadurga. In the past, this land fort was connecting the fort in the sea by a tunnel. Fort remnants are still intact. You will come across several carvings, old buildings, and water tanks. This natural harbor is known for a large fishing market. There are boats from Harnai port that can be used to access the fort. 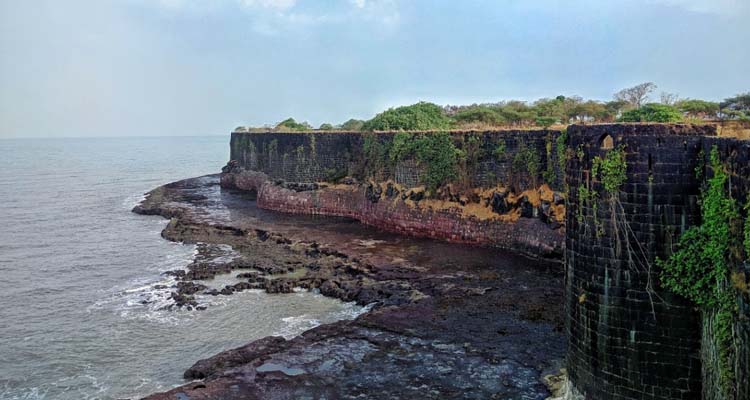 Vijaydurg is one of the oldest forts and a twin fort of Sindhudurg is located on the Western coast of Maharashtra. Built during the reign of Shilahar dynasty and later went into the hands of the Maratha Empire in the 17th century. Shivaji Maharaj personally took care of extending the fort by building 3 more walls on the eastern side and 20 bastions.  It is surrounded by sea on three sides and is connected to the land on the southern side. It is said that this fort was a prized possession for the Marathas as it was visually impregnable from the sea. Yet, it had seen many wars been fought and still survived to stay intact. The fascinating part of this fort is that it has a 200 m man-made underground tunnel connects the fort to a nearby village. 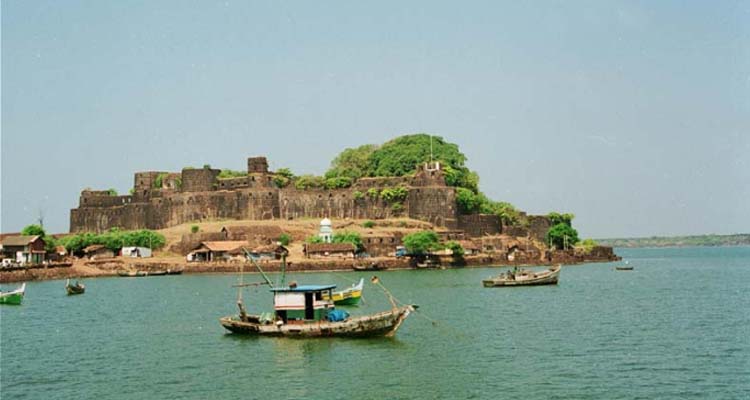 Also known as Bassein Fort is built by the Portuguese. Although in ruins, this enchanting fort is surrounded by water bodies on the three sides.  There are few fort remnants are gives us the architectural marvel of the old times. There are 3 chapels in the fort that have the traces of 17th-century Portuguese style of architecture. There are also few watch towers in good condition with well-preserved staircase. It’s a great half-day trip from Mumbai. 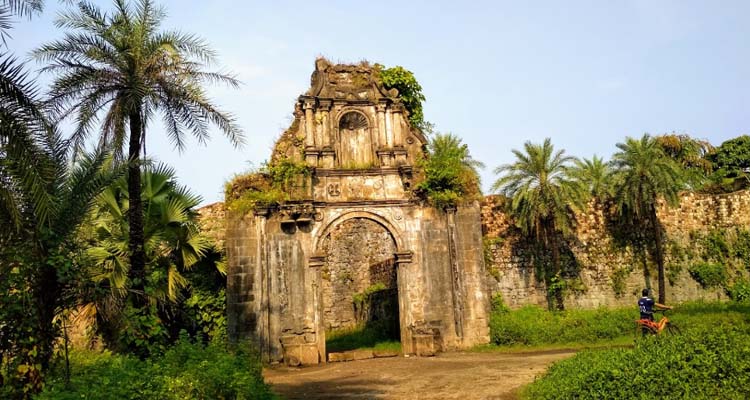 The best time to visit these majestic and beautiful forts is from June to February.