August 9, 2019 by smallstepsadventures No Comments

Kolhapur is pretty popular for chappals, jewellery, and its cuisine; But did you know Kolhapur is a very intriguing place for tourist, this place has one of the famous temples in India i.e. Mahalakshmi temple. Apart from the pilgrimage site, Kolhapur is also a place with an abundance of natural beauty around such as a wildlife sanctuary, few forts, a dam, a Lake and Ghats. And Kolhapur is a very enthralling place for trekkers and hikers there are some interesting and beautiful spots to explore during Monsoon. We have curated an interesting list of trekking places near Kolhapur for this Monsoon.

Located 20 km away from the main city of Kolhapur, Panhala fort is built in a strategic location in a major trade route. The fort is situated at 3177 feet above sea level, with a fascinating history. Panhala fort has been alluring not only the history buff but also nature lovers and fascinated trekkers. It required a moderate level of fitness and endurance to complete this 50 km trek to the fort, trailing along with rich history and scenic Sahyadris making it a must-visit place for a pleasant trek during monsoon. 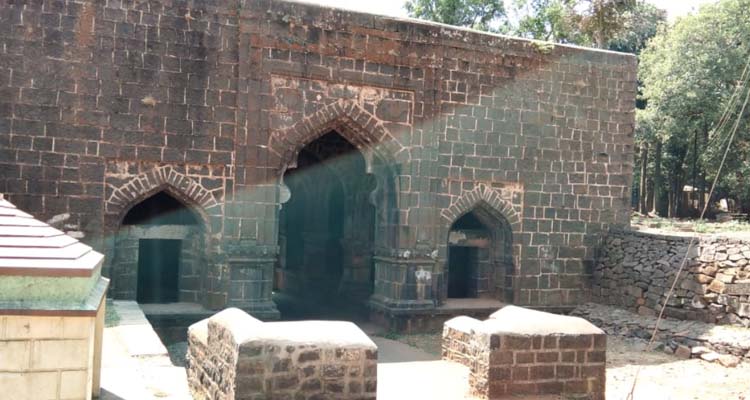 This hilltop fort is built high on Sahyadris at the elevation of 3500 feet above sea level, played a very important role in the Maratha Empire. Originally belonged to Adil Shah of Bijapur, it has seen many battles before being captured by Shivaji Maharaj in 1659 AD. With its rich history and amazing surrounding, trekkers come to conquer the fort every monsoon. This trek is the perfect one for beginners, as the difficulty level is considered to be easy and it takes between 1 to 2 hours from base village Gajapur to ascend the fort. 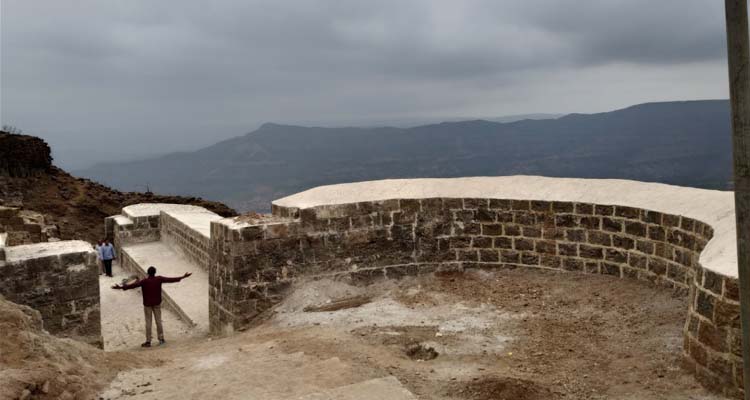 Cuddling the Sahyadri Mountains, you would see this beautiful place called Amba Ghat. It is elevated at the height of 3100 feet above sea level; Amba Ghat is blessed with rich flora and fauna and mesmerizing surroundings. It’s a great place for wildlife photography and bird watching. It is a two-hour trek through the jungle leading to the hill. And if you are trekking during Monsoon, this place just comes to life with gushing waterfalls and stunning views of Konkan region. 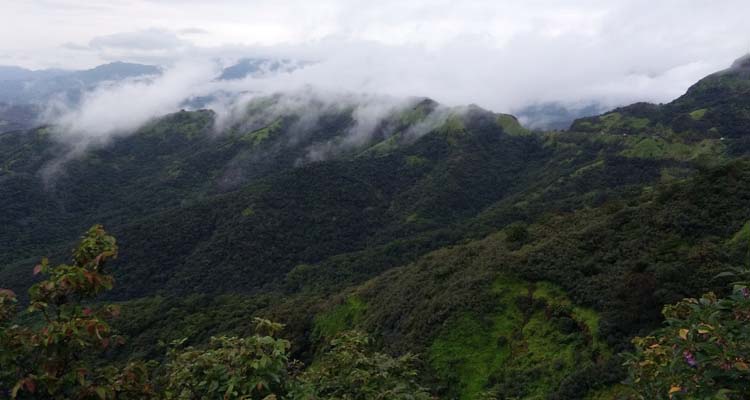 This mesmerizing waterfall is located Amobil, a hill station nestled in the mighty Sahyadri ranges of Maharashtra. Amboli waterfalls are one of the most popular tourist destinations, especially during the rains. Trekking to these magical waters keep the tourists excited and curious to take a dip in the clear waters. Amboli is considered to be one of the eco spots in Maharashtra as it is home to rich flora and fauna and dense greenery. 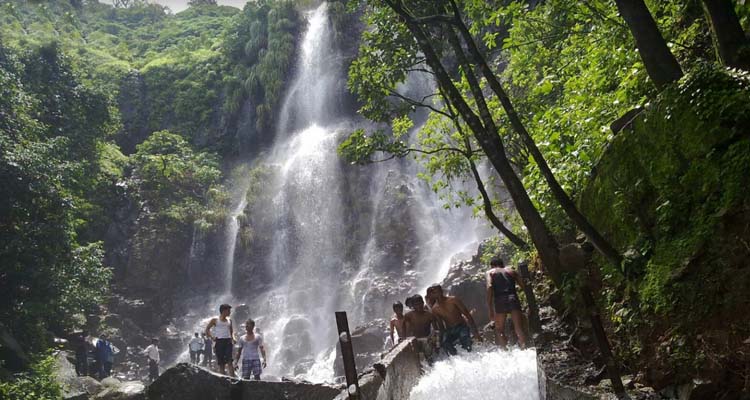 A popular hill station amongst trekkers and hikers, dandoba hills has a beautiful and natural trail that has been alluring the trekkers in recent years. It is rich with flora and fauna and lush green surrounding making it a perfect to travel to near Kolhapur. 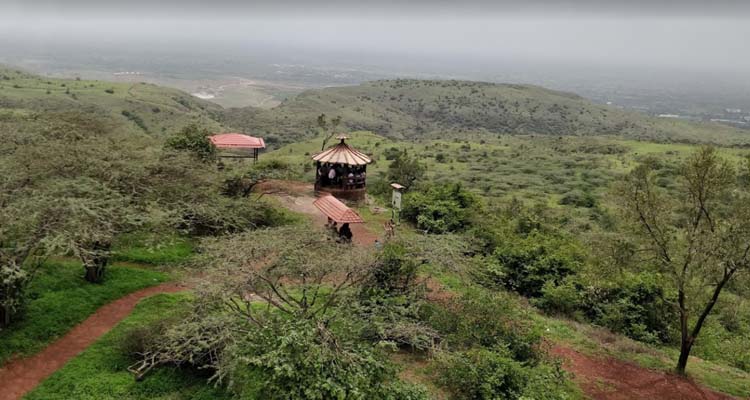 Samangad fort is one of the forts captured and renovated by Shivaji Maharaj during his empire. These small yet well-built fortifications were used to storage of supplies hence it’s named ‘Saman-gad’. This hill fort is situated at 2600 feet above sea level, is now in a dilapidated state. However, it is one of the forts that is not explored. If you are looking to trek unexplored forts, add this to your list. 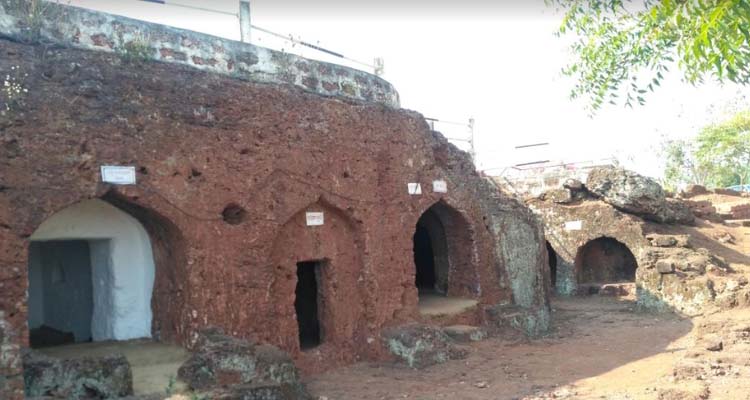 Pargad fort a beautiful fort built by Shivaji Maharaj is surrounded by a great environment and dense greenery. There are rock-cut steps leading to the fort, making it one of the easiest treks for beginners. It takes an hour to reach from both the base villages Morle and Payle. The main attraction of the fort is the bronze statue of Shivaji Maharaj and the temple goddess ‘Bhagwati’ also known as ‘Bhavanimata’. 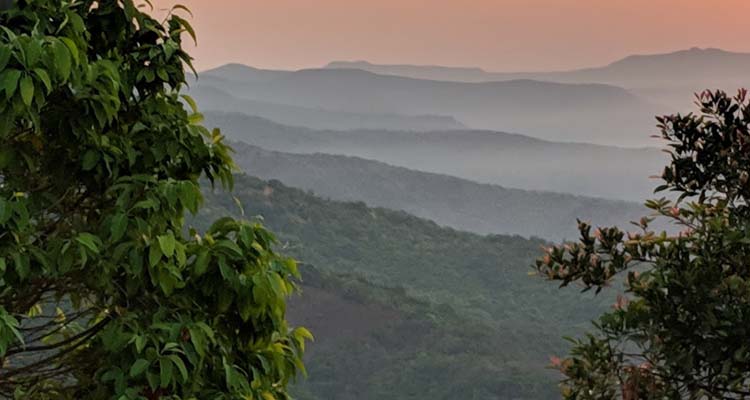 We hope you have an adventurous monsoon this year.